I read an interesting essay on something termed by the author as 'false nostalgia'. It's an interesting feeling, a sort of longing for a time just before now that never was. E.g., the technological aesthetic of an idealized 1990s, plastic is rare, metal is everywhere, cell phones are phones not pocket computers, personal computing is uncommon, you and your friends go and set up a fort in an abandoned factory, it's always summer and the rain comes only occasionally, fireflies light the spaces between the streetlights, that kinda thing.

Maybe it's a sort of proto-Solarpunk, just with more dilapidated industrial machinery than solar panels. It's a kind of Yokohama Shopping Trip feeling, but more hopeful, more *alive*. It's the feeling of childhood innocence, right before you know you're going to grow up and lose it.

This aesthetic(?) was promenent when I was maybe 2 or so, so I'm looking retrospectively at something that I never experienced. I'm sifting through the subcultural artifacts of a very specific set of media, stuff that never really captured the mainstream but continues to (subconciously) influence people.

Here's an example of what I'm talking about: 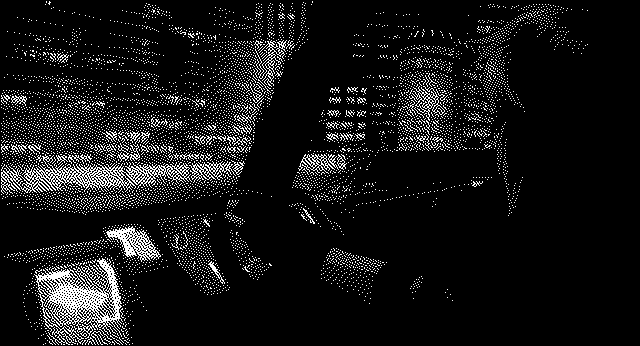 There's a big city, but it's not too dissimilar to what we have now. Everything's kinda bulky, but still futuristic.

Another example from Ghost in the Shell:

Just something to think about. See you later 😄